Spider veins (telangiectasia) are an external manifestation of dilated skin vessels.
The appearance of vascular asterisks is associated with the expansion of capillaries and venules of the surface layer of the skin. Vascular asterisks most often appear on the skin of the feet, but can also appear on the face (in particular, on the wings of the nose). Telangiectasias occur in 20-30% of the population, most often in women. Spider veins are a cosmetic defect, but may indicate the presence of varicose or postthrombotic pathology.

Depending on the nature of the occurrence, telangiectasias are arterial, venous and capillary. In appearance, they are linear, point, web-like, tree-like, and others.
A combination of different types of spider veins is often found on the lower extremities

Causes of the spider veins

Spider veins appear on the skin due to dilation of small vessels. They can be of different shapes and colors, ranging from pale pink to dark red with a bluish tinge. Initially, they can appear and disappear due to the ability of arteries, veins and capillaries to narrow to their natural size. Eventually, they lose this property, and the vascular network remains constant, increasing and becoming brighter.

According to various studies, vascular asterisks appear as an independent disorder in only 20-30% of people. In other cases, patients are diagnosed with varicose veins, venous insufficiency and other venous diseases.
Red dots, lines or cobwebs can be the first signs of vascular problems. They often appear when the tone of the veins is reduced and the valves are malfunctioning, which should interfere with the return flow of blood. If the valves do not cope with their task, part of the blood flows in the opposite direction, and the capillary or vein in this area expands. According to this principle, not only vascular asterisks appear, but also varicose veins.
Therefore, if you have a vascular network, you need to see a phlebologist or angiologist, get diagnosed and treated. This will prevent the progression of the disease and the development of complications.

Causes of spider veins on the feet

The vascular cobweb appears with increased pressure in the legs, weakness of the venous walls and failure of the valves. As a result, the veins dilate and blood stasis occurs.
Various diseases, as well as external factors can be the reason for the appearance of a vascular pattern. The latter include a sharp drop in temperature, heavy exercise, injuries, alcohol abuse and severe emotional stress.

Also spider veins can appear at such diseases:

If vascular asterisks appear, consult a phlebologist. He will conduct an examination, listen to complaints and study the medical history. To assess the condition of the veins and rule out serious diseases, the doctor will refer to hardware diagnostics.
Duplex ultrasound scan of the veins is most often performed, which allows you to assess the condition of their walls, diameter and blood flow. If any violations are detected, additional examinations may be required.
If the appearance of vascular webs is associated with liver disease or endocrine disorders, it may be necessary to consult a hepatologist or endocrinologist, respectively.

Treatment of spider on the feet

To remove the vascular network on the legs, you need to remove dilated vessels - arteries, veins or capillaries. Today it is done with the help of painless minimally invasive techniques.

The following techniques are used to treat vascular asterisks: 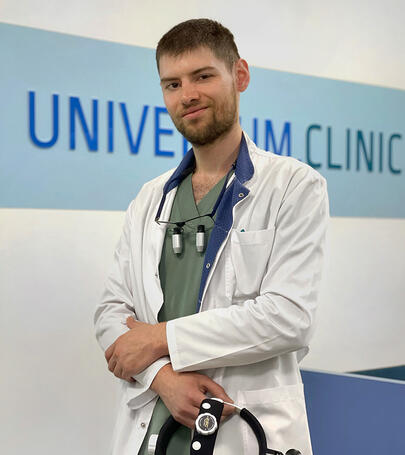